Katherine Starbird is a fiction writer whose rich prose brings fantastical elements into the familiar world. Her wildly inventive stories are populated by vivid characters such as an orphaned young heir to Odin, a siren in a city marina, and a shape-shifting goddess masquerading as a human in modern Washington, DC. No matter how outlandish or out of place her characters are, their epic-sized desires create problems to which readers relate in a very human and endearing way. Her debut novel, The Jaguar Key, received a Royal Palm Literary Award from the Florida Writers Association. 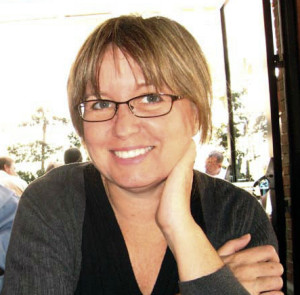 Ms. Starbird is originally from St. Petersburg, Florida. She spent much of her childhood on or around the water–collecting shells or hunting sea critters in the flats near her home. Her parents, both teachers, were avid sailors and took the family on cruises during the summer months. Sailing introduced her to new and interesting places that she draws upon in her stories. A graduate of Eckerd College, she studied psychology and religion, subjects that serve her well as an author.

Ms. Starbird currently lives in Central Florida with her husband and children. In addition to writing, she offers coaching and workshops for developing authors. She enjoys traveling and exploring the outdoors with her family.

One thought on “About the Author”